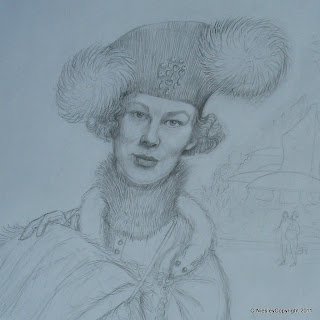 Welcome to Citizeness Journalist, a blog about discovering truth.

Long ago, men discovered if you control public opinion, you could rule the world.  Therefore, we must double-check every news story we hear.  That is what being a Citizen Journalist is about.  If you get your news from CNN, BBC, the NY Times or the big three networks, look out.  You are getting a virtual feeding tube of spin from power brokers whose agendas are the antithesis of your own.  You will be told what your values will be and who to vote for.  You know better.

There is a time for prayer, a time for silence and a time to speak.  Whatever the outcome, November 6, 2012 will change our lives.  As you listen and read outright lies and hate speech against everything we know to be true, you too must speak.  However, we must speak out in love.  Don’t fall into the trap of hating those who revile and say all manner of evil against you.  That temptation is straight from, you know where.  Apathy is the state required for nations to fall, tyrants to rule, the innocent to be crushed and souls to be lost for eternity.

THIS IS THE TIME TO SPEAK.  Are you ready?

Citizeness Journalist won't be all doom and gloom.  There will be laughter, art, and the good news.  Look in any time you are in despair about the world situation.  Upcoming articles like, "They Shoot Germans, Don't They?", "Not Your Pop Pop's Batman", "Weak, Helpless, Woman" and "When Liberalism Isn't Liberal" are meant to entertain, inform and bring people together.  There will be links to news resources, links to stories for clarification.  Please let me know what you think.  Respectful comments are welcome.

I encourage you all to be your own Citizen or Citizeness Journalist.

"What is Truth?"  An apathetic question by a cruel Roman Prefect to Jesus of Nazareth.  Meaning, "One truth is as good as another."  In a word, "Relativism".  Sadly, we live in a world of relativism, where truth is your opinion and needn't be based on fact.  There is an inference here; those in authority determine the truth.  A convenient point of view for a villain, for the reason to deny "truth" is to deny good and to deny intrinsic evil, falsehood and sin.  Jesus never denied the existence of sin, in fact, He came to testify to the TRUTH.

Journalists, politicians, scientists, historians, entertainers and activists casually lie.  News services "spin" stories to project opinions meant to mislead.  Examples of this are by no means scarce.  If the end justifies the means and there is no God then slander your enemy.  Not only are public figures slandered but entire groups of people.  How many Catholics know calumny is a serious sin?  Another “spin” is neglecting to mention stories of unparalled import, for example the HHS Mandate.  Out of sight out of mind.  https://www.stophhs.com/  This petition has been up for months and only 101,628 have signed.  There should be millions.
Hate Speech.  Did we ever hear so much of it?  Hate speech directed against me and mine, my Church, my faith, my priests, my party affiliation, my morals and my sex.  And not the, "Wing nut!" variety, I refer to the obscene, bullying variety.

Do you recall Alec Baldwin's terrorist threats against Senator Henry Hyde and his family live on Late Night with Conan O'Brien, December 12, 1988, before the Clinton impeachment?  (Clinton was acquitted.)  Baldwin said, "if we were in another country...we would stone Henry Hyde to death and we would go to their homes and kill their wives and their children.  We would kill their families, for what they're doing to this country."  Baldwin later apologized.  The network said it was a "joke."  Someone else would have been put in jail.  Pro life Senator Hyde died in 2007.  Baldwin went on to star in hit shows and mock conservatives.  The tragedy here is both Baldwin and Hyde were both raised Roman Catholic and Democrat.  Small world.

The Hollywood crowd, you know the ones, I won’t grant them any more press.  Their vile remarks against those who are pro life and who want to live their faith reveal more of themselves than anyone else.  Most disturbing were the obscenities hurled at Cardinal Dolan for the beautiful interfaith prayer he said at the end of the Democratic Convention.  And I saw Democrats pray, yes!   Those in favor of the Democratic Party Platform, praying.  Might there be hope?

Could we go beyond party affiliation?  People of all faiths and some searching.  Party affiliation is fleeting and often the passions aroused by party fighting come straight from, you know.  These passions come from ignorance, propaganda, life journey and careless rushing to judgment about others.

Al Kresta interviewed Ray Flynn, former governor of Boston.  Speaking as a Catholic Democrat, he said they were people who worked hard.  I thought to myself, Catholic Republicans work hard too.  I recalled some of my ancestors; a coal miner, a weaver, a policeman, a brewer, and a baker.  Not a millionaire in the bunch.  All Republicans aren’t Rockefeller.  Nor are all Democrats struggling.

Instead of finger pointing, we should be praying that God would forgive our rush to judgments or as my friend Msgr. Murray would say, “our selfishness, our self centeredness, our sins.”  And that God would restore the country we've succeeded in destroying.

Here are some links.

Please consider listening to Senator Barack Obama LIVE from the Illinois Senate as he justified an abortionist's call to allow a baby, who survived an abortion, to DIE alone in a storage closet.  YES.  And this was PUBLIC KNOWLEDGE BEFORE the last presidential election.
http://www.lifesitenews.com/news/unearthed-audio-obama-calls-newborn-baby-a-fetus-outside-of-the-womb

Novena Prayer for the Election in November, please consider prayer and fasting from now until then.
http://www.priestsforlife.org/novenas/election-day-novena.htm

Do you know your party's platform?  Better check.  Time is up.  I have friends, life long Democrats from Democratic families, who have become Republicans.  Why?  The life issues and the HHS Mandate.
http://www.ewtnnews.com/catholic-news/US.php?id=6065

You can't support an intrinsic evil if you are a Catholic.  Then why do so many?
https://www.stophhs.com/stop_hhs_mandate/baltimore-archbishop-catholic-voters-cant-vote-for-a-candidate-who-stands-for-an-intrinsic-evil/

Hilarious animation.  How did they do the voices?  Makes all these people seem like children but in the eyes of God we all are.
http://www.youtube.com/watch?v=3h8O7V-WxWQ

See you next week.  This is just the tip of the iceberg. 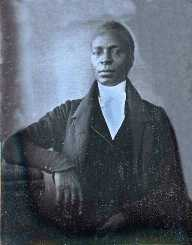